You are here:
EventsWork presentation 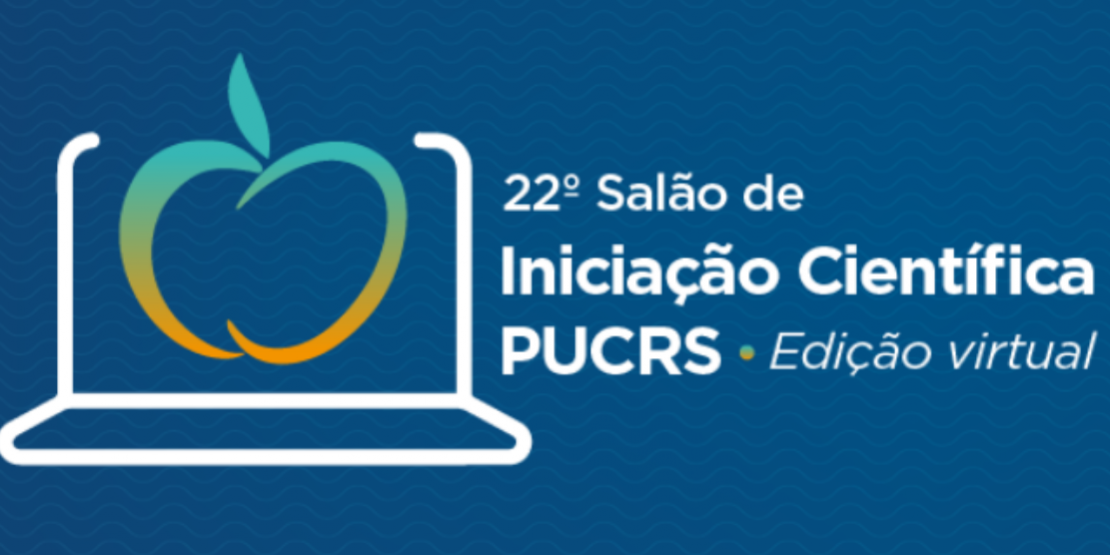 The 22nd edition of the Scientific Initiation Meeting (SIC) of the Pontifical Catholic University of Rio Grande do Sul (PUCRS) promoted by the Dean of Research and Graduate Studies at PUCRS,  took place between October 4 and 8, 2021. The goal of SIC is to provide the exchange of knowledge and the results of research developed by Scientific Initiation scholarship recipients in researcher-guided projects and to promote the dissemination of research within the University’s undergraduate and scientific and academic community in general. In addition, the event aims to encourage undergraduate students to participate in Scientific Initiation Programs, since this is an activity that provides them with learning about research techniques and methods and stimulates the development of scientific thinking and creativity.

SIC is an event for undergraduate students and teachers/researchers from different regional and/or Brazilian universities and research institutions. This year the 22nd edition of SIC took place online and synchronously, due to the recommendations of the official health organizations and institutional determinations of social isolation aimed at preventing SARS-CoV-2.

This year, 5 students from GMAP’s scientific initiation scholarship presented their work in the 22nd SIC:

“Initially, we conducted study activities with Bruno, where he studied coding metrics applied to parallel programming, software engineering techniques used for development effort estimation, experiments with the user, among other techniques. After the study step, we identified the need to adapt coding metrics to the parallel programming domain. Halstead’s metric was chosen as a first candidate because it is easy to use as it is based on the number of operators and operands in the programming language. Examples of operators are arithmetics, logic, and relational. In addition, keywords are also considered operators. Constants, variable names, classes names, and non-native functions are considered operands. Next, we conducted a literature review to identify the tools used to measure such metrics. None of the tools found were focused on the evaluation of parallel applications, i.e. did not consider the keywords of parallel programming interfaces as operators. We identified the Commented Code Detector tool as a possible candidate for modification because it is easy to install and use, and is compatible with the C++ programming language. In future work, we aim to propose a modification to the Commented Code Detector tool in order to overcome these limitations. We hope to be able to evaluate parallel applications more effectively, obtaining indicators of productivity and development effort.”

“Since the beginning of the project I faced several challenges, such as getting used to the Linux operating system and learning a new language, C++, which I later applied in a totally new context. When I first started in the parallel programming context, I went through a lot of difficulties. However, with the intense help and assistance of my advisors, I was able to succeed in getting introduced to several parallel programming interfaces, such as SPar, Intel TBB, Fastflow, and native Threads C++. Since the beginning, Adriano Garcia has been helping me, promoting my evolution in our area, and contributing so that I can acquire the qualities needed for a researcher. In another way, Prof. Dalvan Griebler could encourage me and show me more and more the beauty of our area and its importance, planning my development together with Prof. Gustavo Fernandes. After that, I was able to write the abstract for the Scientific Initiation Meeting that was accepted. Then the presentation included partial results regarding a new interface called GrPPI, used in the SPBench benchmark related to Adriano Garcia’s work. In this range of new information in relation to the abstract, I had some difficulty organizing them concisely in my planning. This served as a great learning experience from the rehearsals and exchanges I had with the group, and later, with the judging panel.”

“Since I was included in the project I have had great support from my advisor Dalvan and other GMAP members. Of course, I had my difficulties, but nothing was impossible to overcome. I started the project with no knowledge and programming only in java and now I feel comfortable in 4 other programming languages, besides having had direct contact with Machine Learning for the first time. I feel that I have learned more in these 5 months of the project than I would have learned in 3 years if I had only been content to study the contents of the undergraduate courses. I am very grateful for the support of all the GMAP members who constantly help me in my early academic career. I had a relatively good result in the SIC presentations, but I am a very ambitious person and I want to do my best to be rewarded as a featured work in the future. I believe that I still have a lot to learn and it will be a long journey, but it is something that I love to do and I am very eager to see my progress in the future.”

“When I started the project as a scientific initiation student, I had very little technical knowledge and understanding of the problems that are studied within the area of computing. In the first months, I studied C and C++ languages, networking, and communication protocols, and was able to familiarize myself with the Linux operating system, for example. In addition, I had for the first time contact with parallelism concepts, having the opportunity to get to know different interfaces for parallel programming, forming a base of knowledge and a study routine that helps me a lot during the undergraduate course and in my studies in general. As of 2021, I started to participate more closely in the project in which I was inserted, which is a collaboration between DaVInt and GMAP labs at PUCRS aiming to integrate two visualization technologies, DSL GMaVis and the GeoMultiVis system, to allow the processing of large volumes of multivariate geospatial data. Since then I have been studying the Apache Flink stream processing technology in order to compare its performance with the SPar language and to understand which stream parallelism technology would be interesting for the problem. For this, starting from a weekly follow-up with Dalvan Griebler, who collaborated a lot for my growth in this period, I implemented Java and Flink versions of applications already developed in the lab: Bzip2, Person Recognizer, and Ferret (in progress). Furthermore, the results obtained so far were presented at the Regional School of High Performance of the Southern Region in April 2021, which was my first experience with a scientific paper (albeit very short), and at the Scientific Initiation Meeting of PUCRS, so that I could also gain more experience presenting papers and communicating, which was very positive for me.”

More information about the 22nd SIC can be found on the official website. All publications can be found in the SIC proceedings.